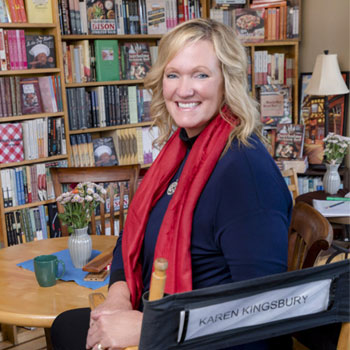 ABOUT THE AUTHOR
Karen Kingsbury is a #1 New York Times and USA Today bestselling author, earning her the distinction of America’s favorite inspirational novelist. With nearly 25 million copies of her award-winning books in print, Kingsbury’s stories have resonated with readers worldwide. Her last dozen titles have hit #1 on national lists, including her recent “Redemption” series featuring Kingsbury’s most unforgettable characters. Her novel “The Bridge” was released in 2012 and debuted on the New York Times Bestsellers list. It has sold over 300,000 copies since the time of its release and is published by Howard Books, a division of Simon & Schuster. Kingsbury is also a public speaker, reaching more than 100,000 women annually through various national events. Kingsbury lives in Nashville with her husband, Don, and has five sons, three of whom were adopted from Haiti, and an only daughter, Kelsey, an actress. Find out more about Karen Kingsbury at her website! 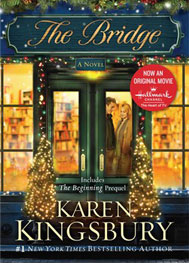